It’s been said that “Change is the only constant thing in life!”. History has been a proof that No change is small. It is as massive as the expansion of coastline to vanishing of a tail bone. Life of humans have been become more comfortable, sustainable as well as more polished one due to many of these alterations. There is very famous proverb ,”Sometimes bad things happens when you try to do something good!”. The question arrises here, is this change good enough to bear worst things? Natural catastrophe is something which we can’t have control of. It has time and again been proven that it happened in the past and will occur in future too. But, most crucial and concern part is the increase in frequency of such occurrence in the recent past and especially in Uttarakhand!

In June 2013, Uttarakhand had faced country’s worst natural catastrophe which resulted in death of thousands of lives by destructive floods and landslides! History repeated itself in February’2021 ! A glacier had broken off which led to flash floods in Chamoli district after Rishi ganga Dam collapsed. Riverside homes in Reni village had been affected. Actual reason behind this is not revealed yet. Initially GLOF(Glacial Lake outburst flood) was considered as the reason of this flash flood, but later on experts said that it was due to landslide/Avalanche.

Glacier is a large mass of ice or river of ice which moves downwards following the mountain slopes due its heavy load. It is formed due accumulation of ice at one place from many years. The rivers which arises from glacier are full of water throughout the entire year. The main sources of Ganga river and Yamuna river are Gangotri glacier and Yamunotri glacier respectively. At the end of this glaciers, glacier lakes are being formed. Usually when the glaciers break, a large amount of ice, slides from the hills and starts to float on the river water which is the process of Calving. When this glacier flows along with river water, the water level and its flow rises and this water enters into the place whatever near water body is there. Experts says that the same thing happens with Dhauliganga river also and we saw this massive avalanche triggered by glacial burst. But, glaciologist Professor H C Nainwal said that there is no such big glacial lake in this region. Now, another reason that is being put fourth is that the part of the Nanda devi glacier that fallen off was fell from a great height due to which a large amount of heat was generated from it’s impact which causes melting of ice and it triggered the rise of an avalanche  and  a landslide.

Undoubtedly, the biggest reason behind it is climate change. These type of incidents sometimes arise due to natural calamities like soil erosion(which builds the water pressure), earthquake under the ice. But not this, it’s an man made disaster.  Apart from climate change, another cause is the environmental destruction which is the effect of large infrastructure projects like dams which restricts the flow of river water. Himalayas are young fold mountains that is they are more tenuous than other mountain ranges in the world. Of course, development is necessary but also it should be holistic in nature. 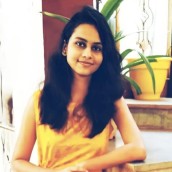