India only has 4% of the world’s freshwater resources despite a population of over 1.3 billion people. “With high population growth in India and the world almost 400 million people living in 100 cities of international importance across the world are at immediate risk of a water crisis, as these cities face water scarcity, flooding, drying out reservoirs in several regions, lack of basic infrastructure and groundwater depletion and contamination has made all top cities in India water-stressed,” says Rishi Raj Agrawal. 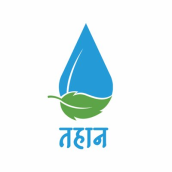 Since 2016, Tahaan is actively working in areas of water conservation and providing clean drinking water. We work in villages as well as cities to plan the water resources and increase green cover.