There are very few people in this world, who are not just activists, but rather are creationists. People who decide to do something about a problem, rather than just complaining or blaming the system, taking matter into their own hands.

One such man is Shirish Apte, who decided to do something about his community’s water problem and ultimately achieved the revival of three centuries old traditional water system in his village.

The story starts three centuries ago, with the community known as Mulguzaars who were the “jamindars” of the villages located in eastern part of Maharashtra, known as vidarbh. They maintained the water tanks of the villages, ensuring the water supply for irrigation and local consumption to the entire village.

These lifelines of villages were maintained and taken care of. The villages were prospering due to unlimited supply of clean and conserved water in the economic and social aspects as well.

All of this changed in the 1950s, when the “jamindaar” system was abolished. The state government took charge the system and went on to take all these tanks under their regulation.

They charged “water tax” for the water used for irrigation purposes for the land. This angered the Malguzaars and prompted them to file a case in the Supreme Court saying that they were the rightful owners.

The Supreme Court agreed with them but didn’t lay down conditions for who should maintain these tanks. More than 1000 tanks in the Vidarbha region bore the brunt of this decision and went unmaintained since then.

The water tanks were laid abandoned for over 200 years over the dispute. In 1983, an independent committee ruled that the tanks, which were of great significance to modern irrigation projects, were indeed the government’s responsibility to maintain.

But no one took heed of this and the tanks remained unmaintained until 2008 when Shirish Apte entered the picture.

Shirish Apte, an Executive Engineer of Minor Irrigation division of Bhandara also belonged to a Malguzaar family. He was always interested in water conservation and helping his community solving the ever impeding water crisis. He took monetary help from the government, and began the restoration of tanks in 2008.

The fist tank to be restored was Janbhora Malguzari Tank, located 35 kms away from Bhandara. The first step was to de-silt the tank from fine sand particles and earth which was carried by the flowing water.

The silt, rich in nitrogen and phosphorous was carried to the farms and was used as organic fertilizers for the land. After the de-silting, the boundary wall of the tank was strengthened. The whole work was completed around 2009-10.

The restoration of water tanks has led to the recharge of groundwater levels. The positive results of Janbhora has lead the state government to restore 22 more of such tanks. The prosperity of the villages has returned.

Prosperity of village always begins from the self-sustainability. Shirish Apte has shown that, water conservation doesn’t have to be by the conventional building dams.

His persistence and community efforts has brought back traditional prosperity to his village, and can restore Indian villages back to their glory. 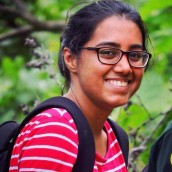 With the educational background in conservation, trying to utilise my knowledge on the Field. Loves nature and everything it Associates with.