While ‘Rurban areas’ are regarded in positive terms as rural places with urban amenities. However, these two concepts are themselves ambiguous with respect to diverse and changing geographic denotations and connotations.

Amongst these 35 are towns, 23 are villages that have no census data, leaving 1861 villages as domain of this study. The core methods used in this study were field research and mapping of census of Indian village data.

Field Research included landscape transects along major highways in the district and interviews in 30 peri-urban villages. At the district level the Census data (2011) analysis and mapping was conducted to help visualize the peri-urban water and rurban patterns.

The authors implemented these techniques and showed that peri-urbanization is more spatially extensive than is usually thought to be. The 4 major peri-urban patterns in Pune district are Megacity fringe, highway corridor development, industrial zones and block town expansion.

The major finding which followed this was the empirical discerning of these four processes. They found that Peri-urban areas were expected to have water and sanitation problems, due to competition for scarce water supplies in areas of population growth, and in part to waste disposal problems in those growing areas, while rurban settlements were expected to have high levels of water supply and sanitation facilities and services.

The modern rurban villages which seem to be exceptional are a consequence of widespread collective action, innovation and capability.

Their research showed that in addition to the district Zilla Parishads, various governing entities have responsibility for supporting village water and sanitation improvement. Support from MIDC facilities was expected by villagers living in the neighborhoods.

Government entities will need high level of coordination in near future owing to the intersecting nature of peri-uraban zones. Moreover, hybrid rural and urban conditions are increasingly becoming normal rather than exceptions in districts like Pune.

Maps were said to be the most valuable medium for visualizing and communicating water supply and sanitation conditions by the local officials and villagers interviewed by the authors.

While maps are used in some planning processes like Participatory Rural Appraisal methods, GIS maps are rarely used in community meetings or in planning reports.

Although this is disadvantageous, further analysis is needed, e.g., of spatial autocorrelation in the index maps and overall district patterns, and of time series analysis of water and sanitation indices.

The authors conclude by questioning about what peri-urban conditions really are and how they are actually experienced at the scale of 1861 villages. The parallel challenge of visualizing the more disciplined situation in rurban villages calls for additional research.

Furthermore, they question whether rural villages have socio-spatial logic analogous to that of peri-urban villages and whether they are truly inclusive.

Answers to these questions are as important as advancement of theory and practice of water supply and sanitation planning as the challenges of visualizing the undisciplined environments of peri-urban villages.

1. Peri-urban and rural settlements can be visualized at the district, block, and village scale.

2. A combination of field interviews, literature review and GIS mapping are employed. 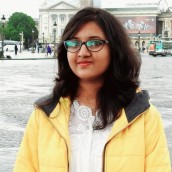 I find myself to be at the intersection of technology and humanities. An Electrical Engineer by profession, I avidly get into eclectic endeavours from researching in Energy and Water Conservation, Energy Security to Product Designing, Fine Arts, Philosophy & Psychology which help me gain purpose in life.